A few weeks ago I became aware of some hurtful actions taking place to someone close to me. Without realizing it, as an empath, I went into resonance with this person’s fear and pain. Her tender heart was broken. As I found out more about what was going on in her life, I became more and more angry and went into judgment. And it wasn’t even MY stuff!

The effect on me was fear and worry, and my ability to receive became blocked. I was totally out of alignment with divine flow in every area of my life.

When I woke up to what was going on, I knew I needed to forgive those who were causing pain to another. I could see more clearly that she had ‘hired’ them (and apparently so had I) to shine light on areas of darkness that were needed to be healed. We are all on a path to wake up to the truth—it’s all about love! The shift that was created by moving out of judgment and back to love was quick and subtle, and now I am feeling the ripple in all areas of my life.

Now I can more clearly see the spiritual lesson. Next time I will recognize what is going on before I create a train wreck by going into judgment. Hopefully you, too, can learn through my mistake! 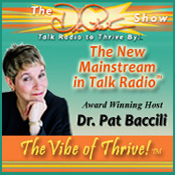 For more information and to set up your free 30 minute Wellness TuneUp, email me at